Tired of manually managing your Twitter accounts? With Twitter Bots, there is good news for you – come in now to learn more about Twitter automation and the top Twitter Bots in the market to use for automating your accounts’ actions. 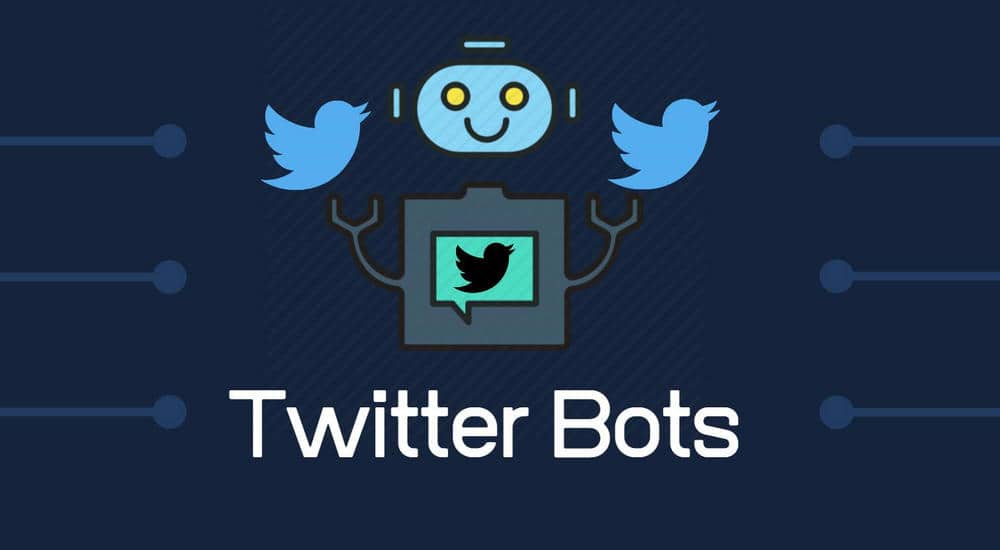 If you own more than one account on Twitter, you’ll know that managing your accounts can be a pain in the neck, especially if they all require frequent management. To make managing Twitter accounts easy, Twitter Bots were developed. A Twitter Bot is computer software that utilizes Twitter APIs to control Twitter accounts. Twitter Bots are more common than you think, and unless you have a trained eye for them, detecting actions done by them is difficult.

It has been estimated that about 15 percent of Twitter accounts are managed by bots, with over 24 percent of tweets on Twitter originating from them. While Twitter is not much of an aggressive bot fighter, it still clamps down on botting. In 2018, Twitter deleted over 70 million accounts with bot-like behavior on them. With the right bot, you can become successful using Twitter Bots.

This article will discuss the top Twitter Bots in the market. Before that, let take a look at Twitter Automation and what you can do with it.

Twitter Bots comes handy when you need to schedule tweets and get them posted at a particular period.

One of the main methods of getting followers is by following people. Unfortunately, it requires a lot of time and patient reading through tweets and comments before you follow. However, with Tweeter Bots, you can define some parameters that should be used by the bot to decide on whom to follow and unfollow.

One of the features people use Twitter Bots for is for sending Direct Messages and Replying to tweets and replies. Not all people use this feature as if not done right; it might expose the account as being bot operated.

Keywords are some of the sources of Hashtags, and Twitter Bots can help you create better Hashtags that will be more useful to your accounts based on keywords used by your target audience.

It is arguably one of the cheapest and cheapest comes with support for unlimited account management. This bot comes with a good number of features, including post scheduling, auto-follow/follow back/unfollow, blacklist users, whitelist users, and auto-replies, among many others.

The bot also has support for proxies and captchas to make the management of more than one account possible and safe.

If you have been into social media automation for a while, chances are there that you must have heard of Jarvee. Jarvee is a social media management tool with support for the major social media platforms.

It is a power horse and comes packed with a lot of features that make the bot so much powerful. Because it does a lot of things, it needs some form of familiarization for you to use it effectively.

For Twitter, you can use it to schedule tweets, auto follow, follow back, and unfollow, to mention a few of its capabilities. The bot also comes with Spin Syntax support. 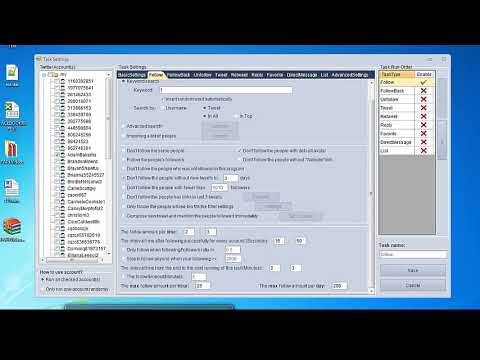 TweetAttacksPros is one of the best Twitter Bot you can find in the market. Among other features, one of the reasons why people stick to it is that it mimics human behavior as much as possible, thereby reducing the chances of being detected and your accounts deleted.

The bot is affiliated to the makers of FollowingLike, a popular social media automation bot. The bot is easy to use and secured.

The major problem with this bot is that it is expensive for short-term usage and doesn’t really have a free trial without making payment. The pricing is one-time or per year and based on the number of accounts allowed. 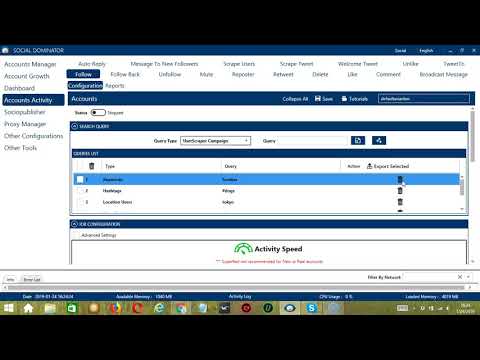 Boost your activities on Twitter and increase your Return on Investment or your brand awareness with Socinator. This tool has been used by many social media marketers to automate their marketing campaigns on Twitter.

Even though the bot is functional and has helped a lot of people grow their accounts and increase their revenue, some users of the bot have reported that it fails to work sometimes, and this is something its developers should fix as soon as possible.

FollowLiker is an automated Twitter marketing software that, in addition to automating Twitter account activities, can also be used for managing other social media platforms’ accounts.

One of the selling points of FollowLiker is its cross-platform compatibility – it works with Windows, Mac, and Linux. It can be used for carrying out almost all the activities you do manually.

Regarding the pricing, I have mix feelings. While it can be seen as cheap in the long-term, it is expensive in the short-term. The bot does not include bot a refund policy or free trials. It comes with an easy to understand User Interface.

Agora Pulse is not really a full-fledged Twitter automation bot like the ones discussed above; it is more of a social media management tool with a little bit of automation feature.

Agora Pulse can be used for scheduling posts. The tool shines mostly in the area of team collaboration as it was built specifically for teams to manage their social media accounts. The tool is used by over 1 70,000 social media managers daily and comes with some powerful features.

When it comes to pricing, Agora Pulse is on the high side. However, you can enjoy a 28 days free trial risk-free to make sure it is the best for you.

Tweetfull is one of the best Twitter growth hacking tools in the market. With Tweetfull, you can engage potential followers, gain them over as followers, and promote your business to them.

The bot can automate actions such as following and unfollowing accounts based on some defined criteria, create a copy follower campaign, and do a lot more. You’ll come to love Tweetfull because of its pricing – it is cheap and affordable. To earn your trust, you are given a free trial.

Bots are taking over Tweeter. While some are not malicious, others are and some are used for scam and policial activism. Because of this, you need to know if a tweet is behind a bot or not. Some of the indicators include frequency of tweets, anonymity, low tweet count but high engagement, and use of spun content, among others.

If a Twitter Bot does not utilize the public APIs in the way it should, accounts being botted risks getting banned. The risk becomes worse when you make use of their private APIs. There is also the risk of getting your accounts compromised by the Twitter Bot you’re using if it is not from a reputable company.

Yes, they do, but the usage of proxies is not compulsory. If you plan to automate just one account or two, there is no need to use proxies. However, anything more, you’ll require them to evade detection and ban.

Twitter is not strict on proxy usage, and as such, datacenter proxies will do. MyPrivateProxy (MPP) is one of the recommendations. You can also use residential proxies for added security.

Twitter Bots has proven to be a great productivity tool as it can help you grow your accounts on autopilot. You just need to make the right choice regarding which to use, and the list of Twitter Bots above provides you a brief review of each of the top Twitter Bots in the market right now.