In the past, we were posed with the problem of the availability of data. This is no longer the situation. With the advent of technology, generating and compiling data is now easy, fast, and stress-free. The problem has now shifted from the availability of data to what you use the data for. More than ever, humans and the devices they make use of generates more than 2.5 quintillion bytes of data daily. Even though the data set of interest to you is not anywhere near this number, I bet you won’t be able to draw any reasonable and valid conclusion by merely looking at a spreadsheet of data.

Statistical analysis is the process of uncovering patterns and trends from a set of data. After a data set has been collected, one cannot make any sense from the heap of unprocessed data. A data collection is processed so that insights can be gotten from it, which can be used for making decisions. The processing of raw data to transform them into a more meaningful piece of information that can be acted upon is what is known as statistical analysis – the analysis of data to draw out statistical conclusions. 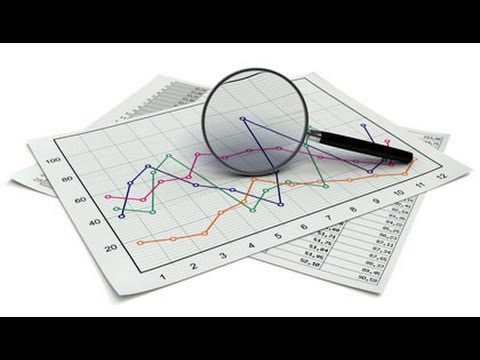 The measurement of central tendency is summarized statistics showing the center point of a dataset. These measures show where most values fall in a distribution. There are 3 methods for measuring central tendency – mean, median, and mode.  You can use these 3 measures to locate the center of your data.

Also known as the average mean, the mean is the most popular measure of central tendency – and the one most data scientist and statisticians are used to. The mean is the sum of a list of numbers divided by the number of items on the list. While the mean is very easy to calculate, outliers can mess up your mean value. Using the mean only can be dangerous. If your data set is not a normal distribution but skewed, the mean is not the best.

The mode measure of central tendency is used for categorical data, probability distribution, count data, and ordinal data. The mode is simply the value that appears the most in a collection of data. You can have more than one mode or not even a mode value in all.

There are many ways in which you can decide the size of your sample. One of the ways in which you can determine sample size is by using the proportion and standard deviation methods. If you’re looking for a step by step guide on how to accurately determine sample size from a population, you can check out this guide on WikiHow on how to get it done. There’s no doubt about sample size being an important tool for research in situations where population size is large. However, you need to be careful when using it, especially when dealing with untested or new variables in a population. This is because you’ll be making an assumption which, if wrong, can mess up your result.

However, you have to be careful when dealing with outliers in regression modeling. Outliers aren’t distinctive in regression. This then means that you’ll have to take note to avoid regarding important data points as outliers. Without making an effort, the chart will want you to disregard the outliers and focus on the other data points.

Logistic regression is a classification algorithm used when the value of the target variable is categorical in nature. Logistic regression is most commonly used when the data in question has binary output, so when it belongs to one class or another, or is either a 0 or 1. Discriminant analysis is a statistical technique used to classify observations into non-overlapping groups, based on scores on one or more quantitative predictor variables.