We all know that getting your music to the front of SoundCloud users is increasingly becoming difficult. SoundCloud Bots can make the whole process easy and fast – come in now to discover the bots for your SoundCloud automation. 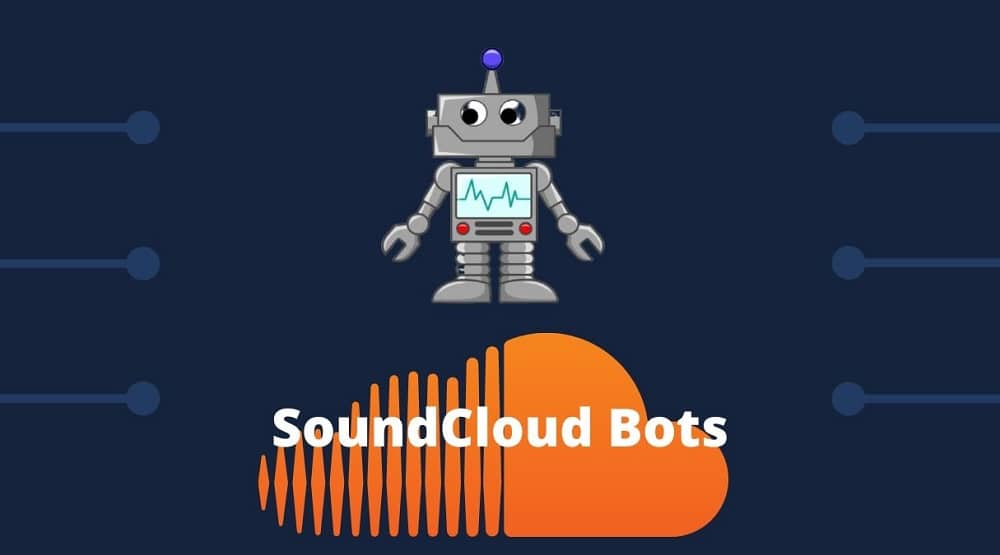 SoundCloud is increasingly becoming very popular among music lovers and musicians. While there was never a time on SoundCloud when getting your music to be popular was easy, the difficulty has increased greatly. This is because the barrier of entry into audio production is very low, and as such, the competition is increased to a great level.

Sadly, as a new user on SoundCloud, many users won’t even see your tracks because you are not yet popular – and becoming popular on SoundCloud requires some great level of patience, effort, and time. However, with the help of SoundCloud Bots, you can hit the ground running.

With a SoundCloud Bot, you can increase your popularity on SoundCloud by getting some botted accounts to download and play your music and other audio files. With an impressive play count, users will be convinced that you are a big deal, and as such, they can go ahead and listen to your sounds.

However, it is important I state here that before you make use of any automation bot on SoundCloud, you need to make sure that your productions are of high quality. regardless of the view counts and likes a track gets, when a user listens to it and it is wacky, expect such user to drop you a bad review. 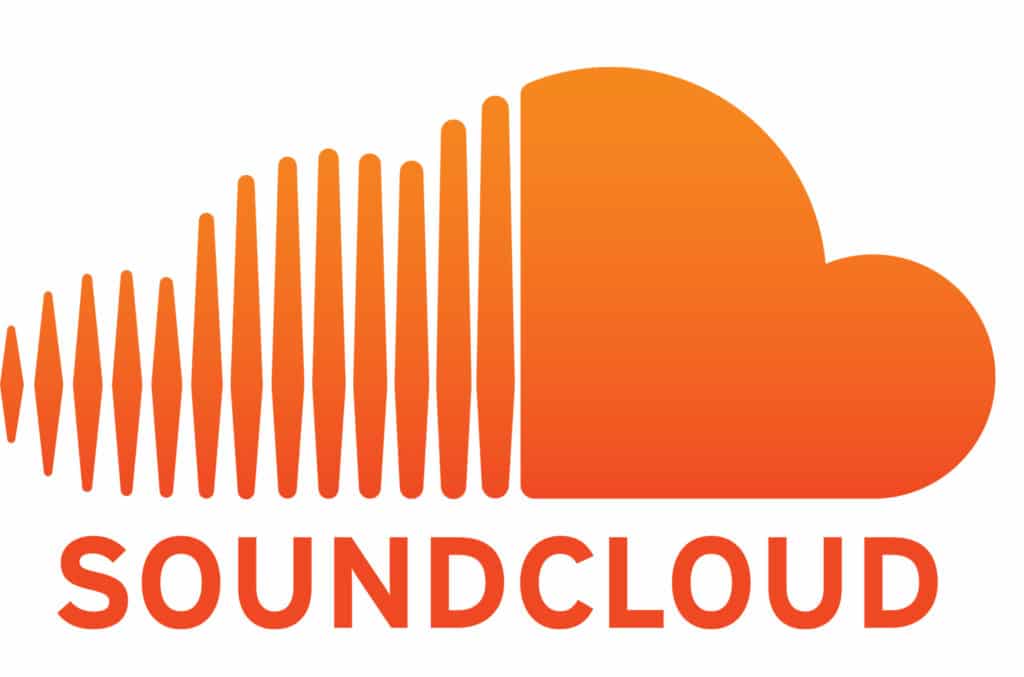 SoundCloud Bot is used for SoundCloud Automation. A SoundCloud Bot is a computer program written to automate actions on SoundCloud. That’s all that SoundCloud automation is all about – replicating actions you can carry out manually in an automated manner without human interference.

While automation has its own benefits, there are some risks you have to be wary of before jumping into it. SoundCloud does not support automation on their platform; if you are caught botting your account and artificially increasing your play counts, you risk getting your accounts banned. There are always on the lookout for botting related activities.

That’s why you need to keep things at a low; start slowly and grow the account, mind the frequency of your actions, and engage well with the users. You also have to mind the proxies and bot you use. Read our article on SoundCloud Proxies. This article discusses the best bots to use for SoundCloud Automation.

While the market is proliferated with a good number of bots that claim to support SoundCloud, most of them are not worthy of being called SoundCloud Bots because they will get your accounts banned. There are a few bots in the market that we are sure of their performance and functionality. These bots will be discussed briefly below. 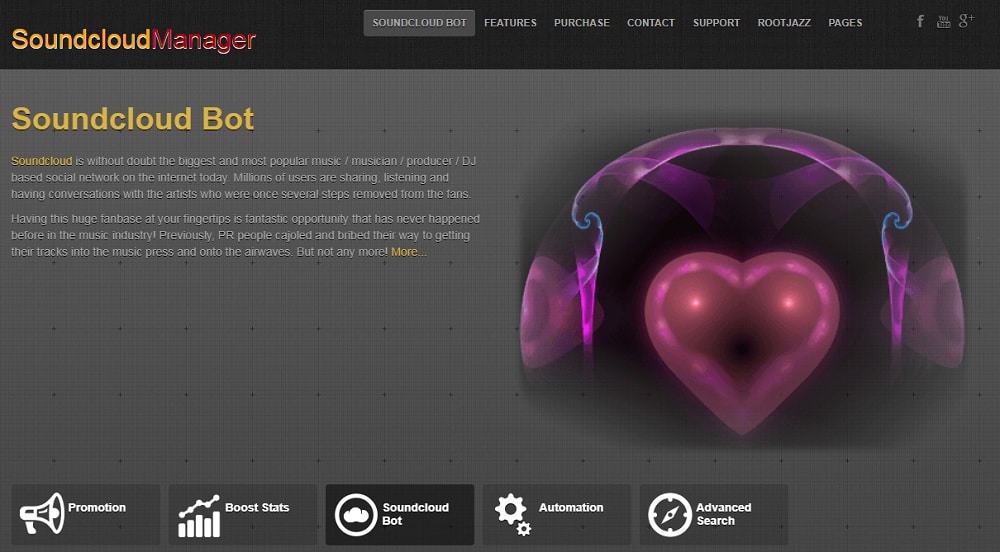 It can also help you get new followers, likes, and repost. You can also automate sharing. However, it is important you know it is a Windows application, and as such, you will need a Virtual Machine if you are not using a Windows OS. 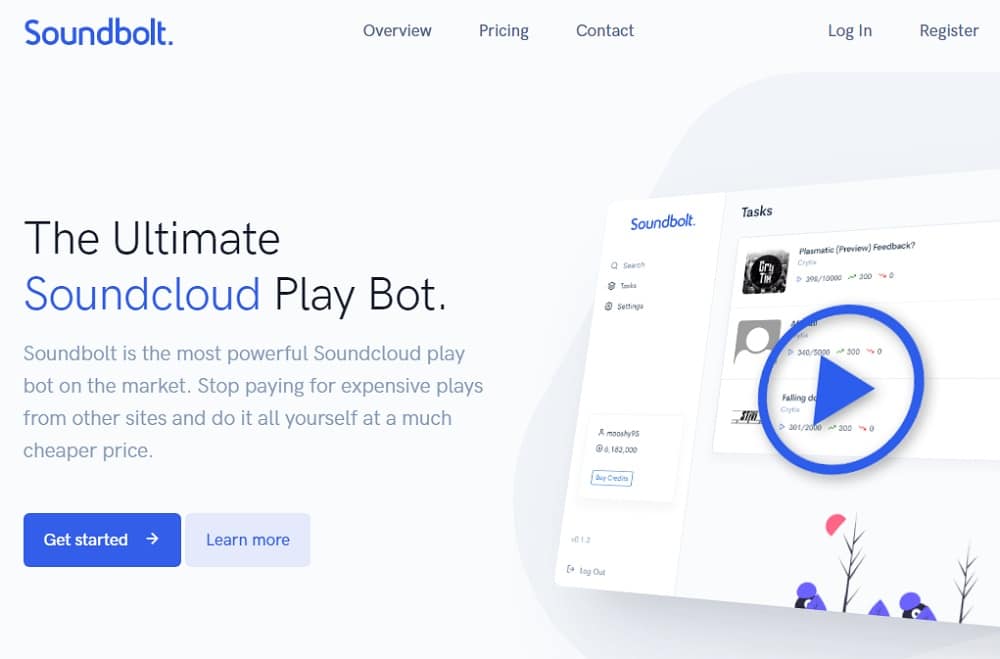 Soundbolt is the Soundcloud Bot of choice among users will a small budget. This is because, with just $15, you can hit the ground running. Unlike SoundCloud Manager that can be used for automating almost all of your tasks on Soundcloud, Soundbolt is focused more on Soundcloud play with some added functionalities.

Because it is more of a niche tool, it is usually known as a Soundcloud Play Bot. You do not have to think about proxies as they provide you proxies by default. However, if you want to be defensive in your approach, I will advise you to use your own proxies.

AIOStream is brought to you by the makers of popular social media automation bots such as FollowingLike, TweetAttackPro, and TubeassistPro. Unlike the two discussed above, AIOStream is an All in One audio streaming bot that supports SoundCloud, Spotify, Deezer, and iHeartRadio, and Napster.

You can use AIOStream to automate all of your actions on Soundcloud, just like SoundCloud Manager. It makes use of smart anti-spam evasion techniques that make it undetectable. With this bot, you can either go for the SoundCloud only license or go for their ultimate license.

Somiibo is not a Soundcloud, only bot. It provides support for many social media platforms including Instagram, and Twitter. There is a Soundcloud module in Somiibo that works quite well for Soundcloud automation.

With their Soundcloud module, you can play tracks and follow users. It also supports likes and reposts among other tasks. Somiibo has a free version with limited functionalities. For a better automation experience, I will advise you to go for their paid plans.

The FAQ on SoundCloud Bots

A SoundCloud Bot is an automated program meant for automating tasks such as playing tracks, following, repost, and sharing sounds on SoundCloud. It puts a SoundCloud account on autopilot.

If you need to grow your popularity fast without much input from your side, then a SoundCloud bot is what you need. It can also be used by busy marketers that have multiple accounts to manage.

SoundCloud Does not all the use of bots on their platforms. They are always on the lookout for botting behaviors to act upon. However, this is not a fight they can win as bot developers are always ahead of the game.

Yes, It’s 100% necessary! Read our guide to know why the proxies the key to automation.

It is important I state here as a way of concluding this article that you have to take things slowly and let it look natural. With the right strategy combined with any of the bots discussed above, you are sure on your way to getting popular on SoundCloud.