Reddit is a huge source of social data. If you are a social researcher with interest in scraping Reddit, then come in now and discover the vest web scrapers to use for scraping Reddit and how to develop your own custom scraper.

Reddit, the first page of the Internet is an online discussion forum. To many, it is nothing more than a place they while away time and have a discussion on their favorite topics. But for Internet marketers and social researchers, it is an incredible source of social data. Reddit is the most popular online forum on the Internet and you can find a subreddit for any topic of interest. If social researchers can extract the discussions on Reddit for a particular topic, they can run analysis and make inferences – and implement actionable plans. Textual data mined from Reddit have various applications that cut across politics, business, and even security.

When it comes to having access to the publicly available data on Reddit, Reddit provides a free option for that using the official Reddit API. However, the Reddit API was not made available for the purpose of scraping but for Reddit automation in general. It still comes with some limitations that will stand on your way that will require you to use a web scraper. Extracting data from complex web pages using web scrapers is the hard way. Before carrying out a Reddit web scraping project, you need to check out the official Reddit API documentation and make sure it won’t be helpful for your use case. Else, it is better to use the API.

Reddit scraping involves the process of using computer programs known as web scrapers to extract publicly available data from the Reddit website. These tools were created in response to the limitations you are bound to face when using the Reddit official API. When using a Reddit scraper, you have to be aware that Reddit frown at its usage. Yes, using a web scraper that does not use the official Reddit API for extracting publicly available data from Reddit is a violation of the Reddit terms of usage. However, while it violates their terms, it does not mean it is illegal as web scraping is generally considered legal.

Because they do not allow web scraping, scrapping data from Reddit you will have to evade the anti-scraping systems put in place by Reddit in other to have a hitch-free scraping session. Fortunately, unlike many other websites on the Internet, Reddit is not very strict when it comes to preventing bot access. The two most important anti-bot techniques Reddit uses are IP tracking and Captchas.

How to Scrape Reddit Using Python, Requests, and Beautifulsoup

As I stated earlier, Reddit provides a nice API that can be used for extracting data from web pages on Reddit. Before you even think of scraping publicly available data from Reddit, you need to confirm that the API they provide is not helpful. This is because using API to access data is easier and present no challenge.

However, it comes with some limitations and when any of the limitations is standing on your way, that’s when you will have to go the web scraping route. As a coder, you can develop a Reddit scraper yourself using Python and some of its third-party libraries and frameworks meant for developing web crawlers and scrapers. 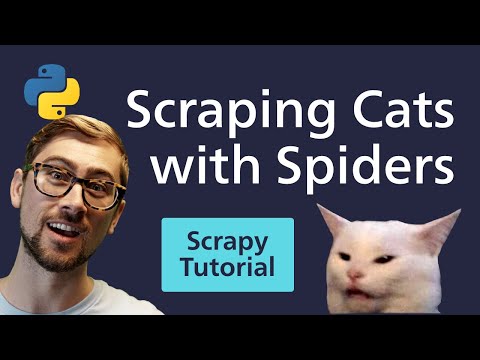 To develop your own Reddit scraper, all you have to do is inspect the HTML of the Reddit page your data of interest and note the HTML tag that encloses it. Using Requests, you can send HTTP requests to download the page, and then Beautifulsoup to parse the required data out using CSS selectors and other methods provided by Beautifulsoup. You also have to think of the database to use in saving your data. Simple formats such as CSV, TXT, and even Excel will do in many cases. For efficient storage and searching, using a database system such as SQLite is the best option.

As I stated earlier, you have to consider the use of proxies and Captcha solvers. If you aren’t experienced with this, using a proxy API or scraping API is the best solution for solving the problems of Captchas and proxies. Below is a proof of concept Python script meant for scraping the most popular thread title in a subreddit.

If you are not a coder or not interested in developing a Reddit scraper but want to extract publicly available data from Reddit web pages, then you can make use of already-made Reddit scrapers. Below are the best options available in the market right now.

Data Collector is one of the tools provided by Bright Data for web data extraction. The service has a good number of collectors, with a Reddit profile collector as one of the collectors supported.

Unlike other social media platforms, Bright Data does not have many collectors for Reddit, probably because the demand is low. If you need to collect the user-generated content available on the forum, you can request a custom collector, and the team would build one for you.

If you have a coding skill, you can also that yourself using their coding environment. Data Collector is priced based on pay-as-you-go, but you will need to add funds to get started.

Apify’s dedicated ready-made Reddit Scraper is designed to make it easy for you to extract data without using the Reddit API. This means that you don't have to log in, don't need a developer API token, and don't need authorization from Reddit to download the data for commercial use. You don't even need to have a Reddit account. The Apify platform also includes an integrated proxy service that you can use to optimize your scraping.

The scraping tool can crawl posts, comments, communities, and users. You can filter your search based on time, sort by Relevance, Hot, Top, New, or number of comments. You can search based on keywords or starting URL.

Webscraper.io makes scraping and access to publicly available data on the Internet easy for everyone regardless of your coding ability. Even without having a coding skill, you can scrape websites such as Reddit with Webscraper.io browser extension.

ScrapeStorm is arguably one of the best web scraping tools in the market today. Interestingly, it works quite great when it comes to scraping Reddit. One thing I have come to appreciate about ScrapeStorm is that it makes use of Artificial Intelligence to identify key data points on a page automatically. This makes it not necessary to define custom rules for scraping most web pages.

When using its point and click interface, you will also find it easy as it makes use of an element pattern identification system to detect patterns. It also takes care of pagination. ScrapeStorm is built by an ex-Google crawler team and available on multiple platforms and Operating Systems.

Helium Scraper is another window web scraping tool you can use for scraping Reddit. For you to make use of Helium Scraper, you need to have it installed on your computer. Helium Scraper can help you extract complex web data very fast, using a simple workflow. Its point and click interface is intuitive.

Helium Scraper can be scheduled to carry out periodic web scraping tasks. Aside from these, it also comes with a good number of advanced features including proxy rotation, similar element detection, multiple data export, text manipulation, and API calling.

It even comes with a good number of anti-scraping evasion techniques to enable it to evade detection and subsequent IP blocks and ban. Octoparse can turn Reddit into a structured spreadsheet for you if you so require. It has support for scheduled scraping, cloud-based scraping, and IP rotation. Octoparse is incredibly powerful and easy to use.

ParseHub has earned for itself, a name as one of the best web scrapers in the market. It is a general web scraping tool you can use to scrape all kinds of websites including modern websites that feature AJAX and lots of JavaScript execution and rendering. ParseHub can also be used for scraping publicly available content on Reddit web pages.

Scraping Reddit is not as difficult as some people will make you to believe – and certainly not illegal especially if you are not logged in and do not scrape for the purpose of selling without any other value added. If you are made up your mind to scrape Reddit, you can use any of the web scrapers described above – each have been tested.