Are you looking for the best Pinterest Bot to grow your board audience? Come in now; we have some recommendations for you to choose from. You’re going to learn about Pinterest automation and the best bots for it in this article.

Pinterest can be a great source of referral traffic for those that know how to use it. While Facebook referral traffic is shrinking, that of Pinterest is growing and forget the fact that women are the ones talking about this social platform most – men are also using it a lot. The fact is, if you know how to make use of Pinterest, you’ll enjoy a considerable amount of interaction on the platform that could potentially turn into leads.

However, managing a Pinterest board is a very tiring process and time-consuming as well. However, with Pinterest Bots, all that will be things of the past as you can automate almost all your actions on Pinterest using bots. The major problem is finding one that can evade Pinterest detection because frankly, the team at Pinterest does not support botting and you risk losing your accounts when caught. In this article, I will be discussing the top Pinterest Bots. Before that, let take a look at Pinterest Automation.

All major social media sites can be automated, and Pinterest is not any different. For the uninitiated, Pinterest marketers are looking for how to cut cost in terms of time and money and one of the way to do it is instead of paying someone to manage their numerous accounts which could take a long period of time for organic growth, he would rather delegate the work to a machine in the form of a software bot that can manage more than an account at ones and grow their audience base faster.

While you can potentially automate all actions allowed on Pinterest, most Pinterest Automation Bots are more focused in the area of scheduling pins to post on your boards, getting followers, and sending invites to potential clients to check your board. There are many other things the bots can do. Pinterest Bots deals with menial and repetitive tasks while allowing you time to take care of other aspects of your business. Below are some of the top Pinterest Bots in the market.

Jarvee is an All in one social media automation tool that incorporates Pinterest Automation into its services. Jarvee is very popular among social media marketers, even though it is complicated and not beginner-friendly.

It gives you a lot of options that make the bot powerful if you know how to use it. Jarvee Pinterest Automation can be used for scheduling pins, creating boards, auto repin, URL shortening, and even watermarking your pins, among others.

It supports Spin Syntax, proxy usage, and provides you an easy to understand analytics for monitoring your progress. The major issue is the pricing, which is considered not beginner-friendly. They have a free trial version that allows you access for 5 days without providing payment information. 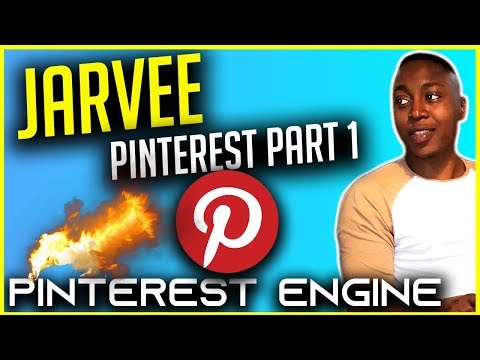 ASB Pinterest Bot is part of the bot developed by Auto Social Bot. Auto Social Bot has a general bot that works for popular social media platforms that seems expensive.

If you are on a lower budget, you can simply go for the ASB Pinterest Bot, it is as functional as their main bot but works only for Pinterest. You can use it to automate most of your tasks on Pinterest. The major selling point of the bot is its cheap pricing model, refund policy, and free trials.

ASB Pinterest Bot is functional and gets regularly updated, and as such, you do not have to worry about it not working after making payment. The bot is easy to use and supports unlimited accounts. 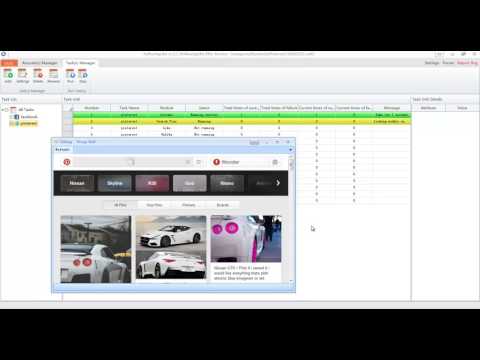 This bot is also not meant for Pinterest Automation only; it supports other platforms as well. One thing you’ll come to like about FollowingLike is its account manager that group accounts into manageable units.

It also has support for proxy binding which is another way of saying; it assigns a proxy for an account that will be the only proxy used for such an account. This makes it more secure and less susceptible to blocking. FollowingLike has had a history of success; it will work for you. 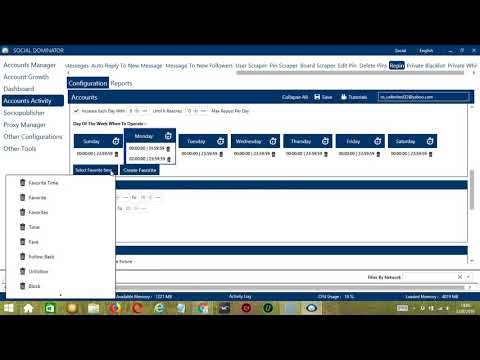 Socinator Pinterest features includes creating boards, auto pins and repin, follow and unfollow, as well as auto comments, among others. The bot is quite affordable but does not work all the time.

Follow Liker is a multipurpose social media automation tool that has helped a good number of social media marketers grow their accounts from nothing to a level they require. The bot is installable and requires a one-time payment and a monthly renewal fee of just $5.

You can use Follow Liker to automate most of your actions on Pinterest without much hassle. The bot can also mimic human interactions to avoid getting detected. It remains one of the top Pinterest Bots publicly available in the market.

A Pinterest Bot is a piece of software developed to automate tasks such as creating boars, scheduling pins, following and inviting clients to view your board.

Yes, Pinterest Bots works. The number of bots supporting Pinterest Automation is increasing, which is proof that it works. A good number of social media marketers have gained good publicity using the bots and are still using it.

While Pinterest has an official API for developers to write code that interacts with users' accounts, they do not support Pinterest Bots since most of them do not make use of the public API because of its restrictive nature. If they suspect you are using a bot, your access to their site is restricted until you drop using bots.

Pinterest Automation does not require proxies if you are automating one account or even two using a Pinterest Bot. However, if you need to automate more, you’ll require proxies to evade detection.

When you get error messages like this, just know that you have been caught making use of a bot or you are been associated with bot-like behaviors like the use of proxies. if you are using a shared proxy, it is likely that someone you are sharing the proxies with is using a bot or exhibiting bot-like behavior. Stop using the bot and proxy and your access to Pinterest will be granted.

Pinterest blocks bots meant to automate actions on its platforms because they are super fast and slows down their servers. Generally, Pinterest regards bot actions as spammy and does not increase positive interaction on their platform.

You do not have to manually grow your accounts and audience base on Pinterest. With Pinterest Bots, your activities on Pinterest can be automated. You only need to make a good choice regarding the Pinterest Bot to use.

The above are the top Pinterest Bots in the market, and they are all paid. If you come across a free tool, run, it might not be in your interest.