In the article below, we will be taking a look at the shutting down of 911.re. What possibly went wrong, and how it has gone for good with no hope of returning back into the market.

If you were a customer of the 911.re with an active subscription, or you tried subscribing or even checking out their website, you would have been greeted with the bad news that 911.re is closing shop. And not just closing shop to open the next day, but closing shop permanently.

The story is saddening to Internet marketers, to say the least, as many of them troop popular Internet marketing forums to register their displeasure and anger as to why the service will shut down like that.

Some are angry because they have unused proxies and felt 911.re had pulled an exit scam on them. Others are voicing out, thinking there will be no credible alternative to the 911S5 Proxy.

While others have moved on and now looking for an alternative.

In all of these, only a few people are concerned with what happened under the hood. For most, so far, the service is working for them; they have no reason to ask questions. And now that it is no longer functioning, all they are concerned about is getting another alternative to continue what they use the 911 S5 Proxy for.

But without knowing what transpired, they might end up moving from one provider to the other. To help provide clarity on what happened, we have written this article.

We won’t just discuss the reason we feel they have shut down but also take a look at an overview of the service and their modus operandi, among other things.

Overview of 911.re S5 Proxy Service

The 911 S5 Proxy Service is a residential proxy service with IPs in about 190 countries around the globe. This service provides you with a proxy client through which you can access their service. The proxy client is available for only Windows. If you do not own Windows, you can’t use the service.

However, if you do, you can use Port Forwarding to access the service. For the most part, this is considered inconveniencing to say the least. This service claims to offer millions of IP addresses from locations around the globe. And for the most interesting part, they claim their service is an ethical one.

The service has got a developer-friendly API and a good pricing system that is dead cheap. At the time of its service, you can get 150 proxies for just $22, and this comes with lifetime validity until you use them.

This service is one of the proxy services that allow you to control the headers sent, have a list of user personal info, keep a list of blocked sites, port forward web requests, and carry out a lot of advanced things most regular proxy services do not support. This is the reason there was outrage when the news of the service shutting down came up. However, the more you look, the less you see.

How Does 911.re Gets Its IP Addresses and the Implications 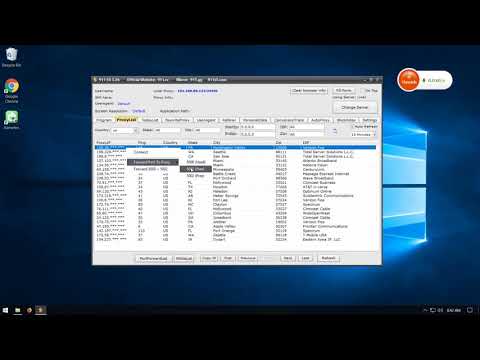 Most proxy services are quick to mention they are ethical. This is because proxy services, especially residential proxy services, are seen as services run by hackers and fraudulent people. While you might want to argue it, you need to know that many proxies are a product of malware.

If you take a look at the way the 911 S5 Proxy Service gets its proxies, you will notice some cracks that give room for some assumptions, and then you begin to wonder how ethical it is even with it claiming to be an ethical provider.

911.re does not own the IPs it offers to its users. It gets them from P2P networks where computers of regular Internet users are integrated into the proxy network and used as exit nodes out of the network, thereby using their IP addresses. This position the service as a service that rents out computers of others to their customers.

The 911.re service claim computers in their network, which serve as proxies for their customers, were added knowingly by their owners or operators. In reality, this is far from the truth. Some proxy services are known to use malware-infected computers as proxies, with the users not being aware of such malware on their computers.

In the case of 911.re, it was smart about its offering. It offer uses two free VPN services to lure users. The user agreement is buried deep within its long-term of usage document that no one reads. The moment you have any of the free VPN services installed, you have joined the network, and your computer can now be used as a proxy, provided you are connected to the Internet without you even knowing.

Aside from using free VPN to lure people, they also have Pay-Per-Install offers they give to users that can pull strings and get people to install certain software with their script in them. In all, while they might want to claim users are aware of it before going ahead, you will agree with me that 99.99% of users are not.

To make things more sketchy, the service concentrates more on getting computers in the US into their network and having more of public computers in government institutions in the US.

This should tell you malware-related activities are going on here. As public institutions will not have the need to install free VPNs on their computers.

Why Did 911.re Shut Down its Service? 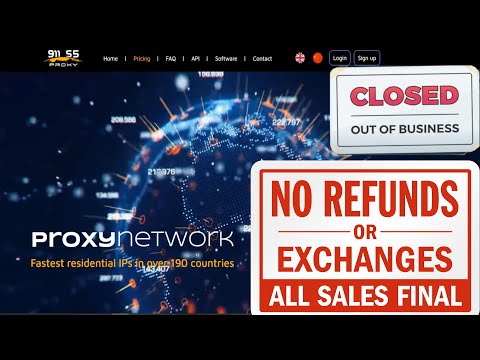 The actual reason why the 911.re proxy service shut down might not be out to the public yet. However, there are two sides to the story. There is the version they told, and then there is the version you can infer yourself. Let's take a look at these two.

The moment it was finally down, the regular content on their homepage changed to the story they wanted us to hear. According to the information on the homepage. They have been a visit of hack which lead to data damage on their server.

They claim that the data damage was too critical to the operation of their service that they can’t help but permanently shut down their service. 3 days after, they set up that excuses on their homepage. I went back to check it out again and found it was no longer there.

Or are they coming up with a better reason for shutting down? Or was it all part of an exit scam well played? A lot of questions in my head that need answers right now, but that is a discussion for another day.

I must admit no one is certain about the reason the service shut down as such; what you read here might not be correct, but possible reasons why they shut down. Regardless of what happened behind the scene and their stories of them being the target of hackers, what we know is that their problem started after the publication on KrebsOnSecurity, which is an expose on the network.

Within a few days after the publication, 911.re put on a notification on their website stating that new registration is closed and they are not accepting new top-ups. And their reason was? They are working on measures to help prevent their network from abuse and misuse.

Shortly after this incident, the number of IP pools in the service starts declining rapidly. I assume users read the article and started removing traces of their software on their computers. And this brought down the number of IPs in their pool rapidly. According to an information available on Twitter, a user whom have access to over 800 IPs can now see a little over 100.

Such a user was obvious a fraudster as the screenshot shared from a fraud community. In my own submission, the number keeps going down and seeing their antics and method have been discovered and are no longer working, they have no other option than to shut down.

As with the other proxy services out there, there are a good number of users using their service. But there are two major users that are more pronounced — Internet marketers and fraudsters.

In all honesty, we are a proxy review blog and write about proxy services for Internet marketers and researchers. We had good intentions while reviewing the 911 S5 Proxy Service on our site and even gave them a good review from an operational perspective.

Aside from the marketer that uses proxies from the legitimate side of things, there are other users of the service that love to use the 911.re service, and these are people into fraud, such as scammers and carders. In fact, when the news broke out, the panic actually started from the scammers' community.

This is so because 911.re does not do due diligence in who they allow to use their network. No KYC and they even accept Bitcoin for payment. This allow all kinds of people access to their service. You can see the love they have for 911.re kind of service. When VIP72 and Luxsocks shut down, most of their forms customers went to 911.re not the regular proxy services around.

In all fairness, though, we cannot say 911.re is setup for fraudulent usage. However, there are a lot of fraudulent people using their service, and even they are also a victim of such and they couldn’t do anything to stop that.

What are the Best Alternatives to the 911.re Service in the Market?

There are many proxy services you can use as an alternative if what you need is just a proxy server that will mask your real IP. These services, such as the likes of Bright Data, Smartproxy, and even Shifter, provide you with undetectable proxies that are rotating.

In fact, you get better support in terms of IP rotation and large IP size compared to the 911.re service — they equally have better location support.

However, if you want any of those unique features that 911.re proxy client offers that you cannot get from regular proxy services, then you will find it difficult to get an alternative.

There might be a few in the market right, but there is every chance they will also shut down soon.

The 911.re service isn’t the only one that has stopped operating. Other proxy providers that offer SOCKS5 proxies only with like services and offers have stopped too, such as VIP72, Luxsocks, and RSocks.

No doubt, the 911.re service is gone for good, and no matter how critical they have been to your business, it is time to say goodbye and move on to another provider. They left without us knowing what really transpired as the reason they even gave; they pulled it down, which suggests the reason might just be made up to cover up their acts.

Except they are able to come up with a tangible reason why they shut down, we can just believe the owners of the computers in their P2P network cut up with them and withdrew, and that led to the shutting down of the service. In the end, we may not truly know what transpired except they speak.