Are you looking forward to scraping business reviews or other publicly available data on the Yelp.com website? Then come in now and discover the best Yelp scrapers in the market you can use for that.

Yelp is the home of business reviews and recommendations where customers of businesses drop reviews on the businesses they have used. Reviews on Yelp are credible, and business owners cannot remove bad reviews from their business. As of 2014, Yelp has over 66 million businesses listed on it – this number has greatly increased, and with this, there is no denying that Yelp holds a large dataset of interest to businesses, marketers, and business researchers. Some of the data of interest on Yelp pages include the name of businesses, location (latitude, longitude, address, state, city, zip code), price range, phone, and email, as well as star ratings and textual reviews.

Fortunately, Yelp is not scrape-proof. Just like every other website on the Internet, Yelp can be scraped using automated tools known as web scrapers. The web scrapers that can be used for scraping Yelp pages are known as Yelp scrapers. With a Yelp scraper, you can extract any publicly available data on the Yelp website. This article will recommend you the best Yelp scrapers in the market. But before that, let take a look at an overview of scraping Yelp.

If you have it in mind to extract data from Yelp pages using automated means such as using a scraper, you need to know that Yelp does not allow any form of scraping on their website especially using any third-party software – it goes against their Terms of Service.

Fortunately, scraping publicly available data, especially the ones not behind any login, is completely legal, and as such, even though it violates their Terms of Service, you can still go ahead and scrape the data you need from Yelp website. However, before doing that, you need to put local laws into consideration and contact a lawyer as what you use the data for can make it illegal – and get them to win a case against you in the court.

Even without using their legal team, Yelp has technologies they employ to prevent scraping data on their pages. They make use of anti-scraping techniques, with the most popular being IP block and Captchas. When Yelp, through their bot detection system, suspects traffic to be bot-originating, Captchas appear. If the system is so sure, then the IP where the traffic originates from is blocked for a while.

How to Scrape Yelp using Python, Requests, and BeautifulSoup

If you can code using any programming language, then you can cut costs by developing a Yelp scraper for your own use case. For this article, we will be using the Python programming language as it is the most popular language for web scraping projects and comes with some pretty cool and easy-to-use web scraping library that will make the whole process of writing the code easy.

We will be making use of Requests for sending HTTP requests and BeautifulSoup for parsing the response and extracting the required data. With these two libraries installed, you are good to go. 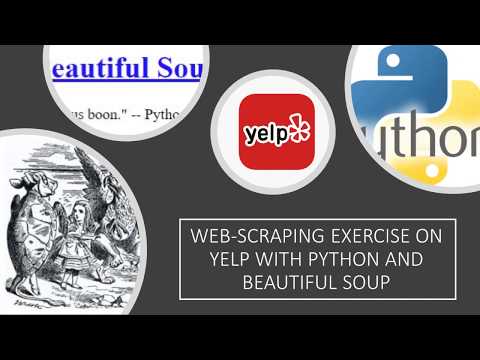 I stated earlier that Yelp does not allow scraping and has some anti-scraping techniques implemented with IP blocking and Captchas being the most popular. For Captchas, you need Captcha solvers like the popular 2Captcha. To prevent your Yelp Scraper against IP tracking and block, you need to make use of proxies – which are intermediary servers that hide your IP address and provide your requests with different IP addresses.

What you will be scraping will determine how you will go about coding your scraper. But generally, it entails inspecting the HTML of the page and looking out for the tags your required data is enclosed in. With this, you will know how to use BeautifulSoup to extract the required data.

Take, for instance, the code sample displayed below serves as a Yelp scraper that receives the link to a business Yelp page and returns some of the business information in JSON, including its name, address, and star rating.

Here is a video tutorial to scrape yelp reviews with BeautifulSoup in Python, 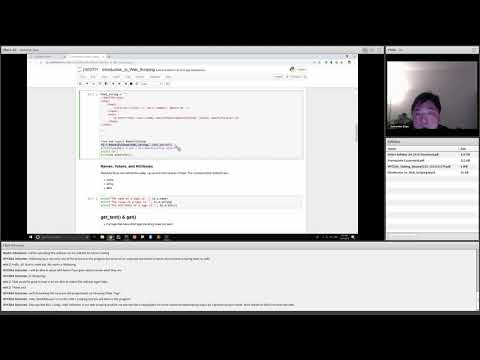 If you are a non-coder or do not want to deal with Captchas solvers, proxy management, and other issues, then you will be better off making use of an off the shelf Yelp scraper. There are a good number of web scrapers you can use for scraping Yelp pages. However, we will be recommending a few of them that have proven to work quite well – and their learning curve is equally simple. Below are the best Yelp scrapers in the market right now.

Apify has a good number of web automation tools known as actors that you can use to carry out a lot of automation tasks on social media and e-commerce sites. The Apify Yelp Scraper is one of such actors, and it has proven to be one of the best Yelp scrapers. With it, you can scrape business reviews, star ratings, and other business details from Yelp. Unlike the other Yelp scrapers discussed above, Apify is developer-centric, and you using it is as simple as sending a restful API – and a JSON object will be returned as a response. Just like most of the tools on the list, it is paid with a free trial option.

ParseHub is regarded as one of the best web scrapers in the market. Interestingly, it has support for scraping the publicly available data on Yelp. This Yelp scraper is incredibly powerful and flexible. One thing you will come to like about ParseHub is that it is easy to use and requires no coding skills.

It is a visual scraping tool, and the only thing required is training the tool on the required data to be scraped using their visual scraping truth. ParseHub desktop application comes free with some limitations. To use their cloud-based platform, you should be ready to make monetary commitments.

ScrapeStorm is one of the most versatile web scraping tools in the market you can use for scraping Yelp. ScrapeStorm has support for most of the popular operating system, and it also has a cloud-based platform you can use.

Unlike many other web scrapers that require you to train it by specifying the required data points, ScrapeStorm does not require such as it makes use of its AI-based system for data identification. For some selected sites such as Yelp, there are even templates you can use that even makes the whole process easier for you. ScrapeStorm supports multiple data export methods. It is built by an ex-Google crawler team. 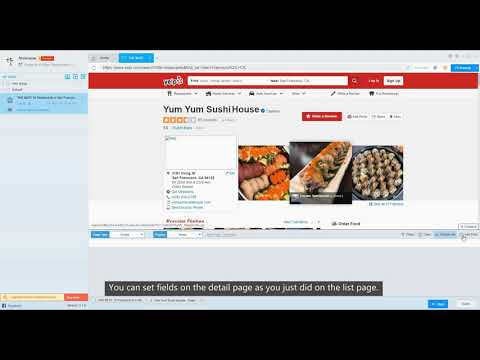 From the name of this web scraper, you can tell it is a specialized web scraping tool meant for scraping data from Yelp pages. But what can you scrape from Yelp pages using Yelp Data Scraper?

With this tool, you can scrape business-related data from a business page ranging from its name, address, contact details, star ratings, and customer reviews. Data extracted can be downloaded either in a CSV format or other formats. What makes Yelp Data Scraper stands out is that it is versatile, powerful, and lightweight. It has support for scraping from all supported countries on the Yelp website.

WebHarvy is an intuitive visual web scraper you can use for scraping business reviews and other business data from Yelp web pages. WebHarvy is built for the modern web and makes use of all the anti-scraping systems it can use to make sure it evades detection and ban – and it works quite great on the Yelp website.

WebHarvy is very easy to use, and you can begin scraping within a few minutes. Training WebHarvy is easy – thanks to its point and click interface. It also makes use of an intelligent pattern detection system to make the whole process of training it easier for its users.

Web scraping for the purpose of aggregating business data has become an integral part of business research, and Yelp is not left out as a target. While Yelp as a platform does not support scraping, there are many tools that can be used for scraping it, and the bests of those tools were discussed above. You can also develop yours if you wish. Such as you can got specific cities and areas like 1. Reviewer Email 2. Social media or Instagram profile link 3. Phone Number 4. Yelp profile Link…and so on.