Are you looking to learn about the Peer2Profit service and possibly get to see the alternatives in the market for you to use? Hen you are on the right page as we would be discussing all of that in the Peer2Profit article below.

For those that have free or cheap access to the Internet, selling their bandwidth or Internet access to be specific is a thing especially if they live in low-income countries where a few dollars could be worth something meaningful when converted into their local currency.

There are many services available that would pay you for sharing your Internet traffic with them. Some of them would use your device as a peer member in their Peer-to-Peer (P2P) network which they use for providing real IP addresses for proxy networks. The Peer2Profit service is one of the services that do that and we would be taking a deep look at it in this article.

In this article, you will learn about the Peer2Profit service. The service is legit and comes with some unique features that others do not. However, this does not mean everyone would want to make use of it. If you are one of such people that would want to make use of an alternative service that offers the same service as the Peer2profit service, then stick to the page and discover some of the top alternatives of Peer2Profit you can use.

Doing so would get you into their Peer-to-Peer (P2P) network, providing your device to be used as an exit node or front for proxy services. The service does not have a proxy service on its own. Instead, it provides the devices in its network to partner proxy service and profit from such while you also make money. 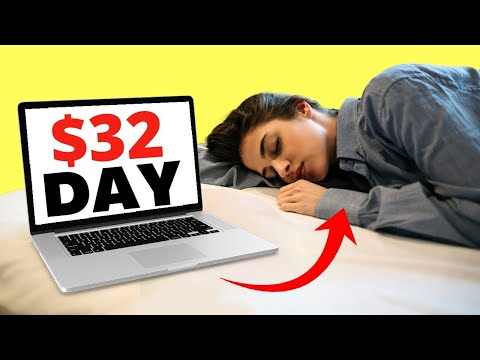 There is no denying that Peer2Profit is one of the best services out there in the P2P market. One thing you will come to like about the service is that it has support for referrals, making it possible for you to earn as an influencer if you can get many people to join its network. The service is available on a good number of platforms.

Currently, there have been no security issues with the client application — it is reliable, stable, and gets the job done based on our test and research.

However, it does have its issues and it is for these reasons that you will want to make use of an alternative.

Why Use a Peer2Profit Alternative?

There are many alternatives to the service in the market that you can use. Let take a look at the reasons you will want to make use of an alternative to the Peer2Profit service.

If you take a look at the website of this service, you will see that it made mention of making between $100 – $1000 dollar monthly. In reality, that is only possible for those that would be actively involved in referral marketing. If you only want to use it on your device, then the amount you will earn wouldn’t be anything near that range.

According to the statistics on their website, average users earn around $6 monthly. Except you are living in a region with a low standard of living, this amount is nothing. However, this is not only peculiar with Peer2Profit, it is common among all the other services.

One of the major problems with this service is that your battery is going to be drained while running it. It might interest you to know that the application would be running in the background provided you are connected to the Internet and this will shorten your battery charge. As it does this, it also consumes your bandwidth and that is why it is important you only use this service if you have access to a free or cheap data service.

If for the above reasons o any other reason you need to make use of an alternative, then you can make a choice from the options below. It is important you know that there are not many of these services around and any service you would choose with also have almost the same issues.

Honeygain is the most popular P2P network that would pay you to join its network. It is the best alternative if you do not want to use Peer2Profit. This service has got support for the popular operating systems and platforms including Mac and iPhone that Peer2Profit does not support. The Honeygain service also does not have its own proxy service but has signed an exclusive contract with Oxylabs, allowing it to make use of its P2P networks and the devices in it.

The earning potential of Honeygain is dependent on the number of unique IP addresses/devices, network speed, and location. As a new user, Honeygain gives you $5 as a welcome bonus. If you have access to an IP block, you can use it to also earn as the service has a separate service known as the Swarmbytes for that purpose.

The service would pay you an average of $0.2 per GB consumed from you. However, you need to understand that to earn this, you will need to be in a favored location and have fast Internet connections. In terms of platform support, the IPRoyal Pawns client application is available only on Windows and Android.

PacketStream is another proxy service that gets residential IP addresses via its own P2P network. If you want to share your IP and bandwidth with PacketStream, you will have to register as a Packeter and install its client application on your device. Currently, PacketStream is available only for Windows, macOS, and Linux — mobile is not supported yet.

One major problem associated with PacketStream is that it is quite cheap as a proxy service, allowing its customers to use 1GB for $1 and that affects how much you earn. PacketStream would pay you 10 percent of that which is $0.1. this had made the service with the least earning potentials on the list.

Peer2Profit has a business model that fits it. As a user, you will have to determine whether the service is worth your time or not. On a general note, paid P2P networks are geared toward low-income earners in low-income countries that a few dollars would amount to something to them.

Take, for instance, the average monthly earning for the service is less than $7. For many people, this amount is not worth it — for others, it is worth it. If you want to make good money from the service, then you are better off using their referral service that getting 30 people to join the service in a month would earn you $100.

Having your device in a P2P network has its risks since individuals you do not know would use your device as a front and their actions wouldn’t be traced to them but to you, since it is your IP address that is being used. However, there has not been an issue of a Peer2Profit user who has been in trouble with the law.

One thing you need to know is that you are always at risk of getting blocked on a website if any of the users of your IP address use it against the term of the website and he gets blocked.

Looking at the above, you can see that Peer2Profit and even the paid P2P network services as a whole are not full-time jobs as you only get paid a few dollars which in most cases, wouldn’t even pay for the bandwidth used if your Internet access charge is not cheap.

Aside from the issue of low-earning potentials, your battery would also get drained. All of the alternatives described also have the same issues and as such, you just have to make a choice and stick with your choice.