Discover the strengths and weaknesses of BNB Nike Snkrs Bot and BNB AIO Bot in our Better Nike Review. Learn how these bots stand in the area of performance, reliability, pricing, and the responsiveness of the team behind it when you try to make inquiries.

There are many bots in the market, and each prides itself to be the best in the market – Better Nike Bot inclusive. As a beginner, this will confuse you and in most cases, get you to make bad decisions regarding what you buy. That’s why this Better Nike Bot and BNB AIO Bot review has been written.

To provide you an honest review on the bots for you to make informed decisions. In this review article, you’ll discover all you need to know about Better Nike Bot as a company, their bots (Better Nike Bot, BNB AIO, and BNB Ultimate), and many more. Before that, let take a look at an overview of Better Nike Bot.

Better Nike Bot started as a Nike Snkrs Bot. However, as it grows and opportunities present itself, it moved into the development of an AIO Bot. However, the brand was already popular, and changing its name to capture the new status of the company became a difficult decision and as such, they are stocked to their first name.

Better Nike Bot is in the league of the likes of Nike Shoe Bot and Another Nike Bot. Their bots are functional, secure, reliable, and cheap. If you are on a budget and need to cop, Better Nike Bot is one of the places to go. However, they are not without their flaws and this will be discussed later in the article.

While you might think the review for the two bots (Better Nike Bot and BNB AIO Bot) should be separated, I feel discussing them in a single article is better as they are virtually the same. What differentiates them is majorly site support. So, I will be discussing the duo as Better Nike Bot but will make specific references when the need arises.

Better Nike Bot is one of the sneaker bots that have helped a good number of sneakerheads secure some precious limited edition sneakers at retail prices. This is possible because of its features, and some of these will be discussed below.

If you hear the name Better Nike Bot, you will think that it is meant just for copping limited edition Nike sneakers. This is far from the truth as Better Nike Bot encompasses a good number of popular sites. They have about 2 bots majorly, each supporting a unique set of sites and an ultimate version that encompassing all the sites supported by the 2 major bots.

The Better Nike Bot was developed for Nike sites and support all Nike sites except Nike CN (China). The BNB AIO Bot has more site support and provides support for many sites, including Footsites, Adidas, Supreme, Shopify stores, and many others.

Aside from these two, there is the Better Nike Bot Ultimate version that supports all the sites. It also comes with other pecks that the two main bots do not. The main reason for breaking them into units is because of pricing. This takes us to the next strength of Better Nike Bot.

One of the greatest strengths of Better Nike Bot is in the areas of pricing. When compared with other bots in its league, you’ll come to terms that it is a cheaper option.

ABN's AIO Bot sells for $325 and Nike Shoe Bot sells for $499 for a year. If you go through the pricing of Better Nike Bot, you’ll love it because of its pricing. It strives on the one-time payment model that requires updates. For the bot payment, the price for both the Better Nike Bot and the BNB AIO Bot is $200 and you will be given updates for 6 months. After these 6 months, you will no longer receive updates again until you pay for it. The update is equally cheap and sells for $60 for 6 months.

However, the $200 one-time payment is for a single PC license. If you need to use it on more than one PC, then you have to pay more – $150 for each PC support added. Even with this, you’ll agree with me that Better Nike Bot is still a cheaper option and quite affordable even for beginners coming into the game. However, make no mistake about it – cheaper does not mean inferior as it is a performing bot.

Arguably the most important strength the bot has is its speed. Needless to say, speed can make or ruin your copping game. And let face it, the speed a bot has is the main reason you opted for it compared to copping by yourself. For Better Nike Bot, its speed is fast and this is because of its multithread support. The bot has been optimized for speed and as such, you do not need to worry about that. One of the features introduced by its multithread nature is multitasking. You can add many tasks and when it is time to run them, each of them will run concurrently, without one interfering with the task of another.

To better support its multitasking ability, the bot allows you to add as many accounts as you like – unlimited accounts. However, if you understand the workings of computers, you’ll know that theirs a limit to the multithreaded capability of a system and it varies from system to system depending on factors such as RAM, and other factors. This means that you have to keep the number of tasks modest so performance does not reduce.

While the sneaker copping game is a game of speed, for a reseller, he understands there is more to it. No matter how fast your bot is, the speed is also limited, and as such, if you must cop, you most cop concurrently.

However, Nike does not support one person having more than one account since he could use it to secure more pairs of their limited-editions. For you as a sneakerhead, the more accounts you have with them, the higher your chances of securing more pairs. However, creating many accounts is not easy and as such, Better Nike Bot comes with an Account Generator and Checker tool.

This tool can help you create new accounts automatically but limit it to a maximum of 5 per day to evade Nike's strict checks. Not only does it create these accounts, but it also has to verify them for you. To make things even easier and better, the bot also comes with a tool that can bulk check if accounts are verified or not.

Better Nike Bot and BNB AIO Bot, just like most of the bots, have a daunting interface at first and that might scare you away. But when you look at the interface carefully, you’ll understand that it is not difficult. You can hit the ground, running the moment you pay for it.

To make things even easier for you, there are videos on YouTube to help you learn how to use both Better Nike Bot and BNB AIO Bot effectively. If you are using Mac or other Operating systems, you’ll need to run the bot on a virtual machine and that may make it a bit stressful trying to set it up.

Don’t get it twisted; underperformance does not mean not performing or not functional. In fact, for you as a new user, you wouldn’t even notice it is Underperforming. But for the old users of the bot that had used it in the past when it was the next good thing. They can tell that the bot is no longer performing as it used to. Then, it swept almost all the releases and was the talk of the community.

Now, during each drop, you get to see mixed feelings in the user's community as you’ll get those grateful for using the bot and some others, venting their frustration. While the bot still works, it can be said to work averagely compared to other top bots in the market.

One other aspect Better Nike Bot and BNB AIO Bot that I see as a disadvantage is its platform support. The bots were made specifically for only the Windows Platform. If you plan using it on another Operating system, you have to run it on a virtual machine. Installing Windows on a virtual machine before installing the bot is stressful.

Better Nike Bot and the BNB AIO Bot works; there is no doubt about that. The major thing you need to worry about is the pricing of the bot and the fact that you need to run it on a virtual machine if you are not using Windows. However, you have to be aware that it is not as performant as it use to before. 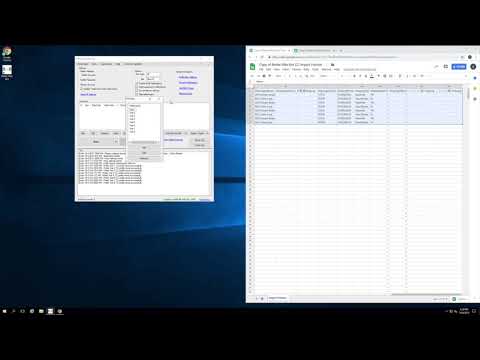 You know you need proxies if you wish to secure more than a pair. Registering and using proxies for Nike Snkrs on these two bots is very easy. Follow the steps below to get it done.

Do I Recommend Better Nike Bot and BNB AIO Bot?

Yes, I recommend both Better Nike Bot and the BNB AIO Bot. They are both from the same company, and the team behind them is an experienced bot maker. Except for the few weaknesses discussed above, the bots do not have any major problems.