Come in now to read our honest review about them before making a monetary commitment on them since you won’t get a refund. Learn more about their pros and cons now.

Are you planning on buying the Nike Shoe Bot (NSB) one-year subscription? Then this piece has been written for you to know all that’s it is to be known about NSB. There are many sneaker bots in the market, and as such, you shouldn’t be stocked with just one. If after reading the review, you are not satisfied with it, you can go for another. but the fact remains, Nike Shoe Bot is one of the sneaker bots in the market with a high success rate.

It has been used by many others and they have testified. As such, reliability is not a question here – but should you go for it?

During many releases, it has succeeded in dominating the drops and as such, a good number of people have made it a bot of choice. But there are still some things you have to consider about this bot and these will be discussed in the cons section of this article. Before then, let take a look at its strengths. 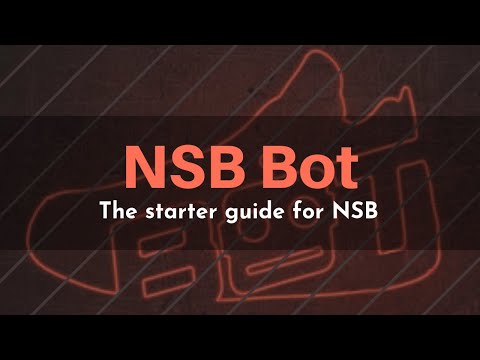 Nike Shoe Bot is a success, Now is NSB 2.0 no doubt about that. This is because of some of the features that come with it. some of the major ones are discussed below.

When you go by the name of the bot – Nike Shoe Bot, you will think that it is meant only for copping limited edition Nike sneakers. But a little research will prove otherwise. In case you are not aware, Nike Shoe Bot is an AIO Bot. for the uninitiated, an AIO Bot, also known as All in One Bot, is a sneaker bot that provides support for many sneaker sites. And when it comes to site support, Nike Shoe Bot is arguably one of the leading bots even when paired with the likes of ANB’s AIO Bot, which is the premiere AIO Bot in the market.

It can be used for sweeping and destroying drops on Supreme sites, Footsites, Adidas, and over 100 Shopify stores. Unfortunately, even though it has the word NIKE in its name, it currently does not support copping from Nike platforms. It has support for it, though, before it discontinued. On their website, they stated that Nike would be supported in the future. while not supporting Nike is a drawback because of its name, the number of sites it supports is one of its greatest strengths.

It is Multithreaded and Super-Fast

Nike Shoe Bot is a great performer, and no one can argue this. When it comes to getting your hands on a pair(s) on release dates for limited-edition sneakers, speed is arguably the most important factor for most sites. a few seconds of delay could deprive you of those pairs and as such, Nike Shoe Bot has been made to be very fast. The bot comes with multithread support that gives the bot the ability to multitask. Because of this, you can create a good number of tasks and they will all run concurrently and independently, without the action of one interfering with that of another.

Take a survey of the sneaker bots available in the market, and you will discover that the majority of the bots were developed for the Windows platform. Only a few are for the Mac and iOS platforms. This makes installation more difficult for other platform users as they will need to run it on a virtual machine. Nike Shoe Bot developers know about this, and as such, they made it easier for their users by supporting both Windows and Mac. This should support almost all their users as these two are the most popular operating systems in use today.

The Nike Shoe Bot is targeted at non-techies, and as such, it has been made to be very easy to use. Installation is very simple if you are using either Windows or Mac. However, if you are using other Operating System, the installation might not be straightforward since you will need to install it on a virtual machine. The bot is intuitive and beginner-friendly. To make it even easier for you, its developers provide you a detailed instruction on how to download it, install it, set it up, and use. These instructions are contained in a manual sent to your email address after making payment.

You are not required to download updates manually as the bot search for updates and update itself automatically. Captcha solving is also made easy with the bots one-click captcha solver that makes solving captcha not only easy but fast.

When it comes to security, you have to give it up to the Nike Shoe Bot – it is very secure. They do not save your sneaker sites’ account details on their server and make use of global best practices in keeping data they collect from you safely. When it comes to reliability, this bot is also equal to the task. In fact, it has remained one of the few bots that scale through many of the updates made by sneaker sites to discourage botting. This is because of the competent developer that has that are experienced in the game botting and sneaker copping. Because of these, it has enjoyed a great level of success and has remained one of the dominant bots in the market.

The reliability of Nike Shoe Bot is one of the best. This alone and the fact that it has been on a track of success for over 4 years now is a reason to pay for this bot.

However, I will advise you to read this section first before making a buying decision. This section will be used to discuss the weaknesses of Nike Shoe Bot.

Pricing is a major deciding factor when making a buying decision. If you do not have a big budget for your copping business, Nike Shoe Bot might not be the best for you. You ask why? Because it is expensive. I previously reviewed AIO Bot, and I stated that its one-time payment is expensive. Well, Nike Shoe Bot turns out to be even more. It runs on a yearly subscription model and it is priced $499 yearly. This makes it one of the most expensive bots especially for short-term usage. However, for long-term usage, it is not that expensive.

I stated above that the bot is easy to install and use. Their detailed instructions made it so. However, no matter how easy its usage is, many users of the bot will still need the help of their support team. When it comes to their channel of communication, Nike Shoe Bot customer support uses email and as such, responsiveness is not as fast as it should. However, when they finally reply, the reply is usually helpful.

Nike Shoe Bot works. It is, in fact, a premium bot, and that can be seen from the pricing. One of its strengths is that it works with a good number of sites – over 100 to be precise. Unfortunately, it does not work for Nike sites. The bot has been in existence for years and has helped a lot of sneakerheads and resellers secure pairs for personal or resale respectively.

How to Use Proxies for Nike Shoe Bots

When you need to cop more than a pair, you need proxies. And let face it, you are probably interested in copping more pairs if you’re paying for this bot for it to be a good economic decision, especially for the short-term because of the bot’s expensive pricing. When it comes to types of proxies, you have to tread carefully to avoid detection and subsequent ban. While datacenter proxies work for a few stores (like a few Shopify stores), the bulk of the sites requires you to make use of residential proxies. Regardless of the proxies you use. Use the below steps to add proxies to the bot and use them.

Do I Recommend Nike Shoe Bot?

If you are looking forward to sweeping many drops, then go for the Nike Shoe Bot – I strongly recommend it. Nike Shoe Bot is the pioneer in the game. It has remained in it for years and still waxing strong in terms of security, reliability, site support, and performance. However, it is expensive and customer support is slow. If these two weaknesses are not much of a concern to you, then you won’t go wrong, using Nike Shoe Bot.