Developed by the students of Stanford University by the name Evan Spiegel and Bobby Murphy in 2011, the Snapchat app was designed for sharing pictures and videos, which becomes inaccessible to the recipient after 24 hours. The app, which started out as an only iOS-based app initially known as Picaboo, had only 127 users in the first several months.

It was later rebranded as Snapchat and made available for Android users as well, and since then, the platform has experienced yearly growth. Snapchat has, over the years, increased based on users, with statistics showing 332 million active users daily on the app. In the data stated above, teenagers make up the higher percentage.

Snapchat pointed out that its users open the app more than 20 times a day and share about 4 billion snaps daily. The increase in Snapchat's user base has resulted in additional features on the app, such as story storing, which lets users store their favorite stories as memories.

The increase in its user base has seen a corresponding rise in its revenue, which, as of the fourth quarter of 2022, was at a mouth-gaping sum of more than $1.2billion. In 2013, Facebook bid to acquire the picture and video-sharing company due to its yearly subscribers.

e other statistics about Snapchat besides the sparsely mentioned ones? Read on to find out.

1. What is the total number of Snapchat users?

As of April 2022, Snapchat boasts about 557 million users on its platform. India constitutes about 126 million out of that number. Being among the most used social media platform, marketers have decided to take advantage of its massive audience to bring their business to the fore.

2. What is the Demography of Snapchat Users?

A report shows that 78% of internet users are between the age of 18 and 24.90% of users on the Snapchat platform are between the ages of 13 to 24. In the United States, the most popular age group (15-25) makes up about 48% of the total number of Snapchat users in the country.

Out of the total number of Snapchat users mentioned earlier, around 54.4% are female. Women can get enough from the ghost-icon app. If your target audience is women, you might want to base your marketing strategy on the platform.

Male users constitute the rest, 46.6%. Only 18% of the total number of male users open the app daily. You may expect otherwise due to its fun-induced interface, but it appears that not many male users access the photo and video sharing app daily. Their female counterparts are reported to have the daily open as the male users.

3. How Many Downloads Does Snapchat Have?

As of 2020, Snapchat has gotten more than 281 million downloads. The app is ranked the 7th most popular app in the world. The app was downloaded 56 million times in the US alone in 2021, making it the third most downloaded social networking app in the United States.

4. How Many Countries is Snapchat Available In?

As of 2020, Snapchat has gotten more than 281 million downloads. The app is ranked the 7th most popular app in the world. The app was downloaded 56 million times in the US alone in 2021, making it the third most downloaded social networking app in the United States

5. What is Snapchat Plus? 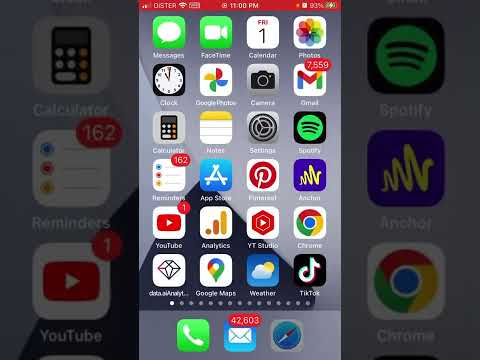 The paid subscription feature known as Snapchat Plus was added for users who spend their time mainly on the app communicating with friends and family. According to Jacob Andreou, the senior vice president (SVP), it is the first attempt Snapchat makes at making money outside the marketing, and although there are no side benefits for the Plus subscriptions.

With a monthly subscription fee pegged at $3.99, the Snapchat Plus feature allows subscribed users to change their Snapchat app icon and see who rewatched a story. The feature lets subscribers pin their favorite friend to the top of their chat as BFF (Best Friends).

6. How much is Snapchat’s Networth?

According to GoBanking Rates, many things are considered to determine what a company is valued. These factors include assets and revenue. Snapchat net worth from 2016 to June 30, 2022, is estimated to be around $22.84 billion. Snapchat is valued at $1.07 billion. This figure was deduced based on Snapchat’s revenue and profit from the last three fiscal years altogether with its assets and liabilities.

7. How Many Visits Does Snapchat Get Daily?

Internet marketers have suggested that due to its massive users, it is beneficial to put your business up on Snapchat. A business or service with a target of users between the above-stated age has the propensity for better turnovers.

8. How many People Can a Snapchat Advert Reach?

Snapchat ads have the potential to reach over 498.2 million people. Ordinarily, it will cost brands millions of dollars to do a radio or TV advert to reach this population. But with the rising number of Snapchat users, opportunities abound, and it's pretty easy. The rise in the population of its users, which is better imagined, has given companies a clue about how much more turnovers they can get, and at a lesser amount by using this platform.

(Source: We Are Social)

9. What is Snapchat's Average Revenue Per User?

Official data shows that Snapchat made $4.06 per user as of the last quarter of 2021 (Q4 2021), which is an increase of 0.57%, with an overall year-on-year increase of 18%. Given the large user base of the platform, the large number of companies tapping into the opportunity through adverts, and the unskippable advert feature, this figure is expected to increase significantly in 2022.

10. What is the Average Daily Snap Created by Users?

An average Snapchat user creates more than 20 snaps daily. Isn't it wonderful that you can share photos and videos with your loved ones which they can only consume 24 hours before it disappears, making it less risky to get busted at any point?

11. What Country has the Highest Number of Users?

Per usage, Indian ranks the country with the highest number of users on the photo and video sharing app, with numbers of users totaling up to 126 million. They are closely followed by the United States, whose total users amount to 107 million. France follows with 24.2 million users. Then the UK trains behind France with a total of 20.65 million users. Then Saudi Arabia falls behind the UK with a 20.2 million Snapchat population.

Obviously, from the statistics here, India and US constitute a very high number of Snapchat users. The margin between US and France– which trails behind the US– is well pronounced.

12. How Much are the Snapchat CEOs Worth?

Both CEOs are worth about $8 billion. Had they sold the company to Facebook when they were approached in 2013 for $3 billion, that would have probably been the biggest mistake they would ever make in their whole life, as the company is valued at over $22.84 billion currently.

13. How Many Employees does Snapchat Have?

14. How Many Snap Users are Happy Using the App?

While Facebook and Twitter keep users informed, updated, and lonely, 95% of users of Snapchat said that the app makes them happier. This might not be surprising as the animated filters with funny looks and other filters make it all fun to use as a go-to app for fun lovers.

15. How Many Views does Snapchat get Daily?

According to a Snapchat fact, the app gets views up to 18 billion views daily. The reason is not farfetched, going by the number of dog-eared photos and fun videos posted on Snapchat in the last few years. Snapchat introduced the Anime Style by Snapchat and a host of other filters to increase the daily view on the app.

16. What is the Purchasing Behaviour of Snap Users?

Research shows that there is a 60% likelihood that Snapchat users will make purchases on impulse. In other words, whether they had it in mind to make a particular purchase or not, they begin to consider buying the product as soon as an advert pops on their snap.

This shows that it is among the top guns in advertising and marketing and, more importantly, reaching out to the target audience.

17. What is the Price of Snapchat Share Valued at?

According to Yahoo Finance, Snapchat's Initial Public Offering (IPO) was estimated to be around $9.19 as of February 2019. Although it is impossible to predict the stock market, there are no promises that the price will increase or decrease.

18. What is the Expected Increase in the Number of Users?

Snapchat is expected to increase by 63 million users by the end of 2023. As the population is expected to grow, so are its revenues. The ephemeral photo-and-video-app has been steadily increasing even during COVID-19, when many people turned to the app to keep in touch with friends and family during the lockdown.

19. What is the Expected Advertising Revenue of Snapchat in 2026?

The app accounts for roughly 0.6% of the global ad revenue. As more people are beginning to give more attention to the social networking app, so are business owners seeing the platform's potential in terms of returns and investing in it by advertising.

While reading this article, you probably had a ‘wow' moment at some point. Now you know a thing or two about Snapchat Statistics, and you can decide how to maximize your usage better. The social networking app is not only for putting up ‘naughty' photos or videos and making fun; it is also a good platform for strategic marketing. Given its large audience base, it could help push your business to the face of people you are confident that want or need your product or services.

Playing around is good; it helps you relax and reduce the risk of depression, but hey, picture this: isn't it more fun that while you have the time of your life, your business is traveling and reaching millions of people around the world? So next time you open the ghost-icon app, think of how you can hit it big using the platform. Now you go ahead and have double fun!