With a 75% increase in the sign-up rate since early march 2020, the content platform has witnessed steady growth. More when the famous American rapper Cardi B and Bella Thorne joined the platform. It was founded in 2016 by Tim Stokely and his older brother, Thomas in 2016.

The platform is a content-based and online platform that allows content creators to put up content and monetize it via the number of subscriptions they get for their content monthly. Onlyfans, however, get a 20% fee on every transaction.

The idea behind the platform is to bring fans of creators up close and have a sort of one(to-one experience with them. Well, other platforms have similar operations, you'll say, but what makes OnlyFans stand out is its little rules for sexually explicit content. In other words, there's little or no limit to what kind of content creators can put out; as long as it's making dollars, it makes sense.

Due to the platform's trademark of majorly sexually explicit content from users, it has consequently received criticism and backlash from the populace for “insufficiently preventing” child abuse content from circulating the platform.

After an investigation campaign of OnlyFans in August 2021, the platform was reported to Onward to put an end to sexual content. According to Wikipedia, this was due to the pressure it was getting from the bank for user payment, but they later discarded the idea of banning sexual content.

Although the platform is also used by other content creators, such as fitness coaches, musicians, and chefs, sexual content seems to be where most users are channeling their interest.

What more statistics and facts would you like to know about this platform? Read on to find out.

1. What is OnlyFans Users' Demography?

The average age of OnlyFans members is 29. The average number of users who pay for the OnlyFans subscription account is 35 – 44. This means that only users who have attained adulthood subscribe for content on the platform.

Male users constitute about 87% of the total number of users. The majority of its users are males.

The female gender, on the other hand, takes up 10%, and the additional 3% is unspecified. Males find the platform more fulfilling than their female counterparts.

2. What is the Total Number of Users of OnlyFans?

Although the platform faces a lot of criticism from users and nonusers yet has over 170 million. It does not stop there, as statistics show that over 500,000 people sign up on the platform every day. Given the rate new users hop on the platform daily, it creates more opportunities for creators and users alike.

3. How Much is OnlyFans Worth? 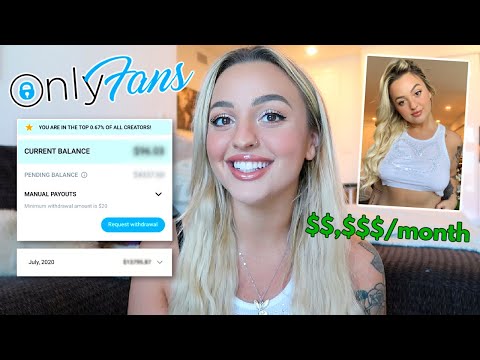 OnlyFans had over 60,000 Content creators and 7 million members in 2019. Statistics today show that the number of users is now over 170 million. The platform stated that it paid the content creators more than $200 million. In 2021, the company reached a valuation of $1.2 billion.

The exact worth has not been ascertained, but data suggest that OnlyFans is worth about $1.2 billion, a notable increase from the $375 million it was in 2021. However, Stokely, the platform's founder, is worth about $150 million.

4. What is OnlyFans Annual Revenue?

According to Adweek, which got its source from a new report by Financial Times, the content creation and subscription platform has a whopping $390 million and pretax profit of nearly $74 million between November 2019 and 2020.

5. What is OnlyFans Growth Rate?

The initial growth of the platform resulted from the sexual content of both amateur and professional sex workers. The entrance of American rapper Cardi B and singer and actress Bella Thorne further attracted more users and thus posited growth. An early trend saw creators on the platform dishing out sexual content in exchange for charity donations. This trend started with Kaylen Ward, who raised $1 million for charity during the Australian wild bushfire in January 2020.

The growth became more significant in early 2020 during the emergence of the COVID-19 lockdown. The forced stay at home saw a 75% increase in its sign-ups for both users and creators from March to April 2020. Below the solid upward trend, the number of users was 7.5 million. COVID-19 positively impacts OnlyFans sign-ups and usage; Tim Stokely most definitely smiled to the bank then.

The upward growth trends didn't end there; when Beyonce mentioned the platform in the remix of Megan Thee Stallion's song “Savage,” Tim said that the site recorded about 200,000 users every 24 hours, and about 7000-8000 creators joined every day.

The mention in the remix had generated a 15% increase in traffic. And for the records, OnlyFans attained 100 million users sooner than Facebook did when it started. This should tell users the future potential that the site has. 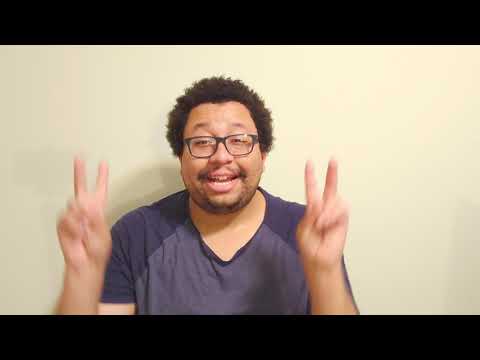 The sexual content that OnlyFans permitted was heavily frowned upon and received a lot of criticism, making Tim announce a ban. He stated that pornographic content would be banned from October 1, 2021. Issuing an update through a Terms of Service Policy, Stokely necessitated the process of creators fulfilling these terms before they can put up sexual content.

This decision still received a heavy backlash from users and content creators. Six days after the announcement, OnlyFans said it would reverse the decision. And that subsequently, sexual content would be allowed on the site indefinitely, adding that they had secured “assurances necessary” to do so.

In a quest to balance things amongst its users, OnlyFans created OFTV. It is a video streaming app for ‘clean' OnlyFans lovers (creators and users alike) who enjoy content devoid of sexual content, such as cooking, fitness, music, and so on.

It allows creators to create long or short videos of original content while their fans gain access to them via their mobile phones, tablets, smart TVs, etc. More like a breath of fresh air, away from the famous OnlyFans trademark.

7. What Country Uses OnlyFans Most?

In January 2022, the United States uses visits to the OnlyFans site amounted to approximately 248 million. The United Kingdom ranked second with a total of 23.5 visits to the content site. Canada has a total of 13 million, the Netherlands has 6.5, and Australia has 5.8 million visits to the photo and video sharing platform.

8. What is OnlyFans Shares Valued at?

OnlyFans has no stock to be mentioned or purchased on any exchange platform. The reason is that it is still a private company, but although hoping to go public soon. Investors are said to be running far away from the platform, no thanks to its unregulated sexual contents. Some users wondered that perhaps, OnlyFans was planning to go public due to its initial decision to suspect all sexual contents.

9. What is OnlyFans Traffic Rate?

As of November 2021, the platform was reported to have amassed a whopping 225 monthly visits. In early 2022, approximately 39 million user visits were increased worldwide. Between August 2021 and early 2022, there has been a steady increase in the number of visits the platform is getting.

Twitter accounts for 63.91% of the total traffic. Instagram: 10.93%. 13. 03% of the traffic comes from referrals. Users spend an average of 4 minutes and 29 seconds on the site during visits. The United States, amongst all the site users, ranks highest in traffic generator, with over 44% of all the traffic.

10. How do Users Earn Money on OnlyFans?

People make money in several ways, including paid posts, pay-per-View messages, tips, subscription revenue, and pay streams. According to Aella, subscription is accountable for about 64% of income, while pay-per-view messages and tips are responsible for the rest, 36%.

11. Who is OnlyFans Top Earner?

Black Chyna, the American TV show star, is the highest paid OnlyFans creator warning up to $20 million. She has up to 150 photos on her profile which only subscribers can see. The star earns that figure from 16.2 million subscribed users who pay $19.99 as a monthly subscription fee. Bella Thorne ranks second with all-time high earnings of $11 million.

According to Briefly, her followers, up to 24.3 million, paid $19.99, which saw her earn that amount. Bella Thorne does not post pornographic content or nude photos and has since made her subscriptions free.

The third highest paid creator on the platform is American rapper, Cardi B, who has over 81.7 million fans who pay $4.99 each for her content. Cardi's earnings are estimated to be about $9.43. Although according to statistics, the platform has more male than female users, income-wise, females are the top players than males. Does that mean that the males don't post comments? Of course, they do but leave it for females when it has to do with amassing numbers with contents.

However, male American rapper Tyga sits on the number four spot of the income ladder with an income of $7.62 million. That makes him the highest-paid male creator on the platform. With a monthly subscription rate of $20 and followers numbering up to 21.8 million, Tyga put out his music album's behind the scene videos and intimate photos. The rapper has reportedly deleted his account to create a competition platform called Myystar.

12. What is the Average Income of an OnlyFans User?

Top OnlyFans content creator earns about $100,000 per month. One OnlyFans user named Bella Thorne boasted an earning of $1,000,000 in 24 hours. An average content creator on the platform earns about $151 per month. According to statistics, this is the benchmark income you are expected to reach when you join the platform as a creator. And sure, you can make higher than that if your fans like your content so much and pay to consume them, but bear your mind that you might go very far from that figure.

13. How Much Time do Users Spend on the Platform?

Each user spends an average of 6 minutes on the platform on each visit. On average, the site gets four pages viewed per visit.

14. What is OnlyFans Average Subscription Fee?

OnlyFans average subscription fee is pegged at $7.20. However, to get more followers and encourage patronage, creators give their subscribers discounts out of this fee. Sometimes they make up for this by charging for other services such as attending to messages, etc.

With over 170 million users and 500,000 daily sign-ups, you sure can't go wrong by tapping into the fast-growing content platform. OnlyFans, regardless of the criticism from some users and non-users, is steady on yearly growth. However, the site may be reviewed in the future when the platform has recorded an increased subscriber-base growth in future.

Having a Gross Merchandise Value of $12.5 billion in 2022, an increase of over 100% from 2021, is an indication there is a significant transaction going on on the platform between creators and fans, thereby creating opportunities for both parties.

So, all you have to do is understand how this platform works and see how you can maximize its potential by creating a brand marketing strategy to gain trust and, consequently, patronage.