The Instagram algorithm decides the availability of your posts to your audience on the platform. Learn how it works below in other to make the most out of the Instagram platform and take the guesswork out of your workflow.

As at the time Instagram was introduced up until 2016, posts were ordered chronologically which means that newer posts are shown first to users before the older ones. This created the problem of high-quality posts getting lost in the feed of users and Instagram users were actively engaged in activities to game the system and fake engagement.

This resulted in a shift from the chronological ordering of posts to a feed governed and managed by a set of logic. This changed everything as timing posts in order to appear at the top of the feed of your audience no longer cut it as it use to. 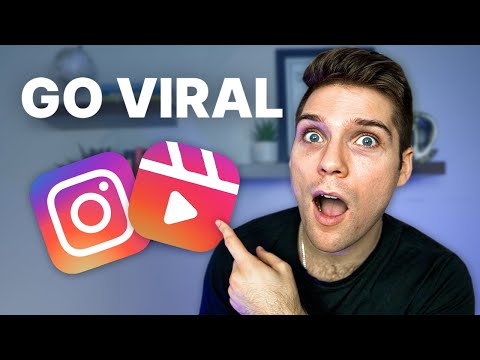 The Instagram algorithm is a set of logic or formula that determines the posts that appear in an Instagram user’s feed based on his interest and past engagements, among other factors. Instagram has what it calls a score of interest which is a value that determines how a user is likely to interact with a post and then use that to order the posts it finds worthy to be shown to that user.

This become effective around 2016, leaving behind the basic chronologically ordering of posts in feeds. The Instagram algorithm is always changing and never static.

This is done for two main reasons. The first reason why Instagram changes its algorithm is to improve the engagement level by showing users the content they are likely to engage within a bid to keep engagement high on the platform. 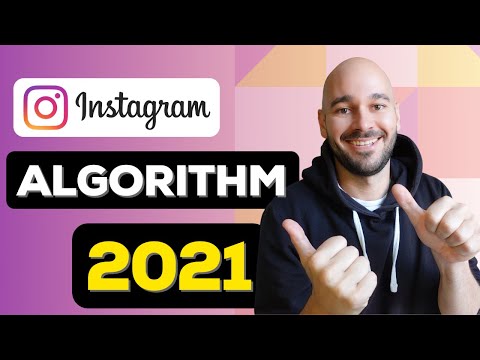 A good number of elements are considered to determine the content of a user’s feed on Instagram. These elements do not get the same consideration as they are weighted and some do get more influence and power than others.

If you are able to perform excellently well in these elements or factors being considered in showing content in users’ posts, there is a high chance that your content would be shown to your audience more and by so doing, you would gain more followers and engagement which you could utilize to achieve your goal on the platform — money or fame or both.

Instagram does not reveal the weight/score it gives to each  of these elements to the public. However, the elements are known and the below are the most important elements.

Even though Instagram does not reveal the score it gives each of the factors it uses in ranking posts for users, we do know that the relation and engagement between users are some of the most important factors that  determine whereby your audience can see your content and whether your content would be ranked top or not.

The usual first question to ask is — does the user follow you? However, it might interest you to know that just following you does not cut it. The same way he follows you, that is how he follows hundreds or even thousands of other users. So why should Instagram rank your post ahead of that of his other users — your competitor on his feed?

That is where engagement comes in. Instagram would favor content from accounts they interact with. If a user follows your account but does not like or comment or even watch your videos or interact with your photos. Over time, the algorithm would stop giving your content a high place on such users’ feed. Aside from following you and commenting/liking your posts, users that search your name or brand often using the search feature would see more of your content.

Other factors that determine whether a user would see your post includes if you exchange DMs if he saves your posts, or you normally tag each other. The key here is to get your audience engaged with your content in any way possible and your content would be on their feed anytime you make a new post.

Unlike in the home feed that you only get posts from users you follow, the for you page features popular content you would be interested in even from users you have not engaged with in the past. That is how powerful interest can be when it comes to putting your content out there. If you can get content popular on your own, Instagram would share such with users that do not know you thereby giving your more audience on the platform.

You might want to think hashtags are the ways Instagram decides what users are interested in either because they search such often, use them, or even interact with posts that have them. Well, if that is what you are thinking then you are wrong. While hashtags are important, Instagram knows they are easier to fake and spam as people use popular hashtags for unrelated posts.

For this reason, they look into other details. It might interest you to know that Instagram knows the content of a video and photo even with no hashtag or caption and would show them to those that have an interest in them. So, you should post what your audience would be interacted in and Instagram might show it not only to your followers but to those who would be interested in it.

In the past, posts are arranged chronologically with the most recent posts being at the top and the older ones becoming after. Since when Instagram changed from doing so, the importance of time in deciding what users see in their feeds have reduced greatly as you can post and a user would be online but won’t see your post at the top of his feed instead, would see a post made some hours back.

However, this does not mean the importance of timelines is long gone. Except you already have a huge following which if you do, you wouldn’t be reading this article, timeliness is an important factor that would determine whether your posts would be shown to your followers or not.

Getting into the feed of users is now more competitive than ever and if you don’t post at the right time, you would lose the chance to get your post noticed and engaged with.

Some of the factors that influence your posts being seen in the feed of your audience such as engaging with your users and making sure you post content of their interest at the right time are in your hands and you can influence that. However, in the case of average session and frequency of use, you have no control and these are in the hands of the users.

The average session period is the average time a user uses the service when he logs in — this determines whether a user would see your post or not. If a user only uses Instagram for a short period of time daily, the Instagram algorithm would filter the content to make sure he only sees the content he would most likely engage with first.

This also means that such user’s feeds would be highly competitive compared to those that spend a longer period. On the other hand, if a user uses the app frequently, he would see most of the posts of those he is following since he has a lot of time to spend on the app.

This is so because even after being shown the most important posts, the user would stick around and by so doing, the algorithm would have to provide it with other content to keep him engaged. This is different from a user who only uses the app once in a while and as such, there is usually a backlog of posts to be seen which might have a better score of interest than yours.

Another signal that you wouldn’t have thought it important to the Instagram algorithm is actually the number of accounts a user is following. If a user is following a few accounts, there is a high chance that the post supply to such a user is low and as such, most of the content targeted at the user is available to him.

However, the same can’t be said of users that follower many people which ultimately increase the competition for such user’s feed, and as such, only the content with the highest possibilities of getting engagements would be displayed especially at the top. Another thing you need to consider related to this is how those you are competing with for space on the feeds of your audience post and how competitive they are.

Yes, if you understand the Instagram algorithm well and you plan your marketing, posting, and engagement in other for it to favor your posts, you can get it done. Read all of the important factors described above and put them into consideration in your marketing plan for Instagram.

However, you need to know that the above is not all — there are other factors you will need to consider which you cannot know all as Instagram does not make such available to the public.

The answer to the first question is yes. This second question seems to be the same but it is not. If you are thinking of gaming the Instagram algorithm, then you need to have a rethink.

This is because except you actually follow the guidelines and post high-quality content, any trick you use would be short-lived and once you are discovered to be gaming the system, you can be penalized. Some people use automation to game the system and it works for them. However, if you are not good at it, you would most likely get your account suspended.

From the above, you can see that the Instagram algorithm considered a lot of factors in its quest to decide the content to show on a user’s feed and its arrangement. More than ever, the algorithm is becoming good at its work while keeping those trying to game it out of the system.

One good thing about the algorithm is that it has a cascading effect. For example, posting content that goes viral would earn you followers who would have interacted with your post. Depending on the engagement level, you stand better of getting your post in their feed again thereby strengthening the relationship between your account and theirs.